Sometimes one just isn’t enough. This is true especially so when it comes to dogs. There are a plethora of great reasons to have more than one dog, we will get into those reasons in detail during this article.

Dachshunds especially can greatly benefit from having another dog in the family unit so if you haven’t considered getting a second furry friend you perhaps should.

This article will cover not only why you might want a second dog in the family but how to choose the right fit for you and your dachshund.

Lastly, we will even briefly cover how to introduce a second dog to your dachshund. First impressions matter. T

his is especially true for dogs, if you don’t get it right you may end up dealing with years of tension and aggression between your two pups.

What are the benefits of getting a second dachshund or another dog?

When you have a dog you are fully responsible for it. It’s food, its shelter, its health, and its enjoyment. It’s a lot to manage and you simply shouldn’t do it if you aren’t prepared to be fully invested.

That being said, there are some things you can do to make your life easier. Almost counterintuitively getting a second dog can make life easier than just having one.

Having another dog means both dogs are more likely to be entertained as they will play with each other. They are less likely to be lonely because they can always lean on each other for support in a manner of speaking.

If your dog suffers from separation anxiety, which many dachshunds do, then having a friend for them to play with can be massively beneficial. If you are away at work for 8 hours a day this can be very upsetting for your dog.

If you have two dogs the anxiety is less so. If you have a dachshund that gets upset and starts chewing on your couch and scratching up the walls, this could be the solution you were looking for.

The second dog doesn’t need to be another dachshund but I would actually encourage it. The reason being that dachshunds are pack animals. I mean, all dogs are to an extent, but some dogs are more so than others.

A good example of a dog that isn’t particularly pack focussed is a golden retriever who is more than happy to be the only dog and be your best friend.

Dachshunds of course have the same kind of love for you but simply aren’t always fulfilled by you alone. If anything, you should consider having another dachshund as a companion. Related post: Leaving your dog home alone

This article has some very interesting information about the benefits of adding another dog to your home. You can find the article here.

What should you consider before you get a second dog?

Getting a second dog is not something you should be doing on a whim. It should take just as much thought and consideration as you put in before getting your first dog.

Sure, some things will be easier the second time around. You’ll be well prepared to bring a new dog into the family in many ways because you’ve already gone through the assimilation process with your precious pup.

However, two dogs can be far more to handle than one. If you bring in a rescue dog be prepared to deal with a lot of anxiety and stress. If you were planning on walking both dogs together you might want to think again.

That can be a very stressful and uncomfortable situation for both dogs. If you are walking them on your own, you should take one for a walk and then the other.

If you have a friend or a partner that can help you out then you could walk one of them each. Forcing them to be essentially strapped together is a good way to ensure that they don’t become friends.

If you can only just manage to afford to care for your lone dog – how do you expect to manage to pay for a second one?

You also need to consider the possibility that your new dog may end up having expensive medical conditions. This is a common problem with getting dogs from a shelter or a brand new puppy.

Puppies often seem fine at first only to develop various medical conditions a few months on. Related post: Are Dachshunds Expensive to Own?

How to choose the right partner for your dog:

If you and your dachshund are couch potatoes who like to laze around the house chilling together, great! But, you shouldn’t buy a border collie.

Maybe you and your dachshund enjoy longs and running around at the park, then perhaps something like a collie would be fine.

Another reason I would encourage you to get a second dachshund instead of another breed is that they will very likely have more or less the same physical requirements.

You need to remember that your dachshund needs between 1-2 hours of walking a day. You might talk yourself down to a 30-minute walk but you really shouldn’t be walking any less than an hour.

What if you choose a dog that needs far more exercise and stimulation? I’m going to use the border collie example again because I can assure you that if you are only walking your dachshund for an hour most days you are going to drive your new collie to insanity due to lack of mental stimulation.

You should also consider the possibility that your dog’s new partner might not want a partner themself. That’s why it’s often a good idea to get a puppy because a puppy is going to immediately settle into life with another dog.

It hasn’t ever known any different. Adopting an adult dog who is used to, and prefers being on its own can be far more problematic. Related post: Dachshund Adoption: What to expect

How to introduce a second dog to your Dachshund:

Introducing a second dog to your dachshund can be a nerve-wracking event. For you, the other dog, and of course your dachshund. When you introduce two dogs it’s usually best to do so in a neutral space.

Outside is good, or perhaps the living room. Even then it’s a bit risky because you’ve set the situation up to be in your dog’s territory.

Your dachshund may feel threatened or on edge because they feel their space is being violated. Conversely, they may feel more at ease because it’s a comfortable environment.

I would usually recommend having the two dogs in a setting where they can see each other but aren’t actually capable of getting to each other. Let them be around, see, and smell each other from a safe distance.

Eventually, after the initial excitement is over, you can let them meet each other. It’s best to make the meeting as fun as possible. Lots of kind words to both dogs treats, play some games.

And then separate them after a short while. It’s best to repeat this process of seeing, then playing, then separating a few times so they can slowly adapt to being together.

Don’t let your dogs sleep in the same space together at first. Beds should be positioned at the opposite sides of the room. If you were hoping they’d share a bed immediately you are sadly mistaken.

Related post: Do Dachshunds Get Along With Other Dogs?

This article covers the key steps of introducing two dogs to each other. It’s important to take your time with this process because first impressions are very important.

If the first time your dachshund meets his or her new partner he or she lunges at them, you’ve set yourself a very tedious task of repairing that immediately rocky relationship. You can find the article here.

Two are better than one:

Dogs enjoy being in a pack setting, especially when the breeds are the same. There is more of an immediate connection as the dogs are fully aware of the fact they are the same.

Here’s the kicker though; if you own a dachshund already you know how mischievous they are capable of being. They are naughty, sneaky, and hilarious when they try to pull a fast one on you.

When you bring a second dachshund in you are essentially just providing your original dachshund with a partner in crime. Are you prepared to deal with double the trouble?

That’s something you need to have a very long and very serious think about. But, you would also be compensated with double the cuteness. A very good trade-off if you ask me! Click Here To Read This Related Post: Are Dachshunds Good Apartment Dogs? 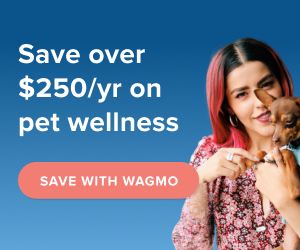