Dachshunds were bred to hunt down badgers. They’re courageous, smart, and very energetic, all of which are traits you would expect from a dog that is meant to hunt down dangerous wildlife. At first, glance based on their size, you wouldn’t really expect them to be so feisty. A dachshund’s small size is also one of the reasons that make it extremely easy to overfeed them, and unfortunately, an overweight dachshund can be a common problem for some dog owners.

Having an overweight dachshund can be difficult, especially so when their health is concerned. Your pet might end up dealing with damaged joints and ligaments, diabetes, digestive problems, and even problems with their eyesight. Luckily for you, having a fat dog isn’t the end of the world. Some things can be done to help remedy the problem.

How to Tell if Your Dachshund is Overweight

Before you can start solving the problem, you’ll first need to determine whether there’s an issue, to begin with. Now, the fastest way to know if you have an overweight dachshund is to simply weigh them yourself. Of course, knowing the weight of an animal isn’t enough to know whether they’re overweight or not. Sometimes, the ideal weight of a breed can vary from one individual to another, mostly based on their size. If, for example, you have a larger than a normal dog, their normal weight will naturally be heavier than the average.

One of the most reliable ways to check if your dachshund is overweight is by simply observing their body. If you can no longer feel or see their ribs through their skin, then chances are, you have an overweight dachshund. Overweight dachshunds will also have rolls of fat at the base of their tails, around their necks, and on their shoulders.

How Much Should a Dachshund Weigh?

If you notice the visual signs of obesity on your dog, then it’s probably a good idea to weigh them as soon as possible to confirm. According to the American Kennel Club, standard Dachshunds should weigh no less than 16 pounds and no more than 32 pounds. For the miniature versions of the breed, they shouldn’t go heavier than 11 pounds.

Of course, the standards given by the AKC may be a good place to start, but it’s not always reliable. As we’ve mentioned before, the ideal weight of a dachshund ultimately depends on its overall size. For example, while 30 pounds is lighter than what the AKC’s set standard for the breed’s maximum weight, some shorter dogs at 30 pounds may already be considered obese.

A dachshund should have a lean, muscular body, and should have a pronounced arch on its spine just behind the ribs. Their chest bones should also protrude somewhat. This is true both for standard dachshunds and for their miniature counterparts.

How can I Get my Dachshund to Lose Weight?

Weight loss for dogs works more or less the same way as weight loss for humans. You either consume lesser calories than you are burning, or burn more calories than you are taking in. This takes the form of dieting and exercise, respectively. Although it’s possible to lose weight on just diet or exercise alone, the best results usually come from doing a combination of the two. It’s the same for your overweight dachshund. Here are some of the things you can do to help your pet lose weight.

One of the most effective ways to help an overweight dachshund lose weight is to simply lower the number of calories they’re eating daily. Put simply, calories are the energy we get from food, which is then burned off as we go about our daily activities. Calories that aren’t burnt off are stored as fat. So, by that logic, a good way to lower your dachshund’s weight is to limit their calorie intake to make sure that any calories they do eat are burned off, even with minimal exercise.

Now, a standard dachshund requires 230 – 500 calories a day, whilst the miniature ones require 160 – 220 calories a day. Make sure you don’t go over this daily calorie requirement. Of course, it wouldn’t make sense to just give your dog their entire day’s calorie requirement in one go. You’ll need to divide their daily calorie needs by the number of meals they eat a day. For example, if you’re feeding your dachshund twice a day, then you shouldn’t give them more than 250 calories of food per meal.

A good way to control the number of calories per meal is to simply choose a dog food that has fewer calories per serving. This means you can give more volume of food but aren’t contributing too many calories per meal. Your dog will feel full every time they eat, but they’re actually storing less fat and will be losing weight.

Of course, if changing up the diet for an overweight dachshund isn’t an option, then you can always just help your pet burn off any excess calories they may end up eating. You can do this by simply giving your dog plenty of exercises. Now, dachshunds, by their very nature, are an energetic breed, so keeping them active isn’t that hard. They already love doing it.

Start by giving your dog their daily walks, and if you find yourself in a wide area where you can take your dog off on a leash, then all the better. Give them time to run around and offer them incentives by playing with them as well. Read more about Dachshund diet and exercise

Another source of unnecessary calories is dog treats. Now, treats are a good way to help train your dog. They can be used as incentives to encourage good behavior. Unfortunately, a lot of people end up overdoing it, which leads to adding extra calories. Although it’s not a good idea to remove treats entirely off the menu, it’s definitely a good idea to look for alternatives for training incentives.

These alternatives can be in the form of their favorite toy. It can also be an enrichment item, like a ball that you can stuff with treats. This may sound counter-intuitive, but such a toy can force your dog to do a bit of problem-solving and a bit of exercise for one of those treats. When it comes to treats, much like everything else in a diet for an overweight dachshund, moderation is the key.

An overweight dachshund can be a voracious eater, and if given the chance, will consume their entire meal in a blink of an eye. You will need to encourage your dog to slow down while they eat. Otherwise, they can end up with bloat, or worse, choking. Slowing down your dachshund’s eating habits will also help prevent indigestion and will help them feel full for much longer, hence lowering their urge to find food. A good item to invest in is a slow feeder bowl.

Is Obesity Common in Dachshunds?

Just like many smaller dog breeds, dachshunds are much easier to overfeed and are hence more prone to being overweight. They have lesser daily calorie needs, so the margin for error when feeding them is relatively small. Not only that, but they’re also very food-motivated and will tend to eat a lot when presented with food, even when they’re not at all hungry. Of course, one advantage for dachshunds is that they’re a very active breed. If given the time and the chance, they will prefer to run around.

Dangers of Obesity for Dachshunds

Dachshunds are bred to be very tenacious and somewhat resilient, despite their small size. Despite this, however, they are prone to a lot of health issues, particularly with their spine, given their long and low body profile. At least a quarter of all dachshunds will develop an intervertebral disk disease as they grow older, and the added pressure of any extra weight on their spine can make them more susceptible to such a disease. Conditioning your dachshund through regular exercise and watching its weight closely can help mitigate a lot of these problems. 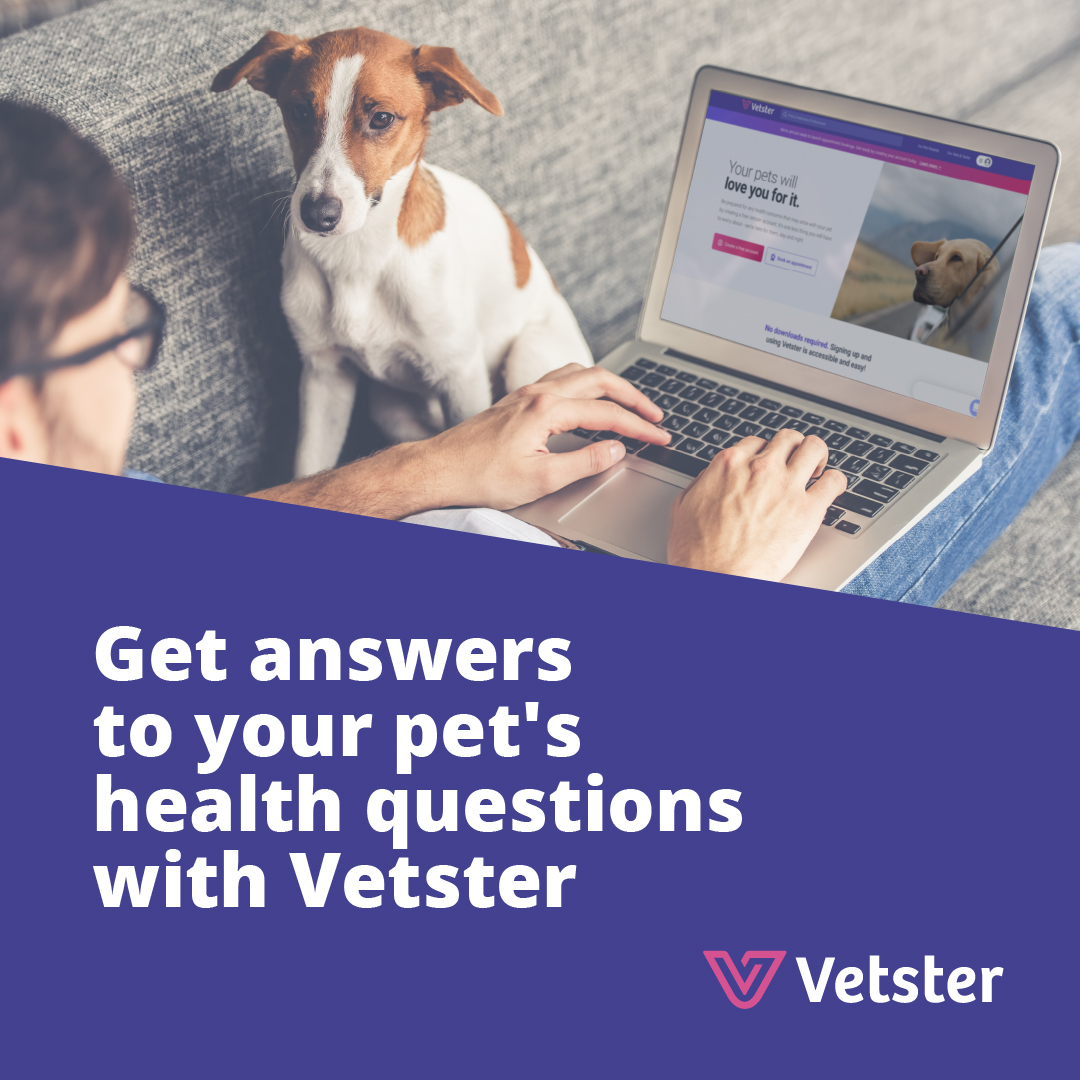 Another issue you’ll need to look out for with an overweight dachshund is blood sugar-related health issues, particularly glaucoma and diabetes. Glaucoma in particular can be dangerous, as it affects the dog’s vision. It is hereditary, however, so if you can track down your dog’s family medical history, you can discern whether they’re at risk for this disease. You can then easily prevent this through a proper diet.

Keeping up with Vet Check-ups

One of the best ways to help keep your dog in the best shape is by keeping up with your vet visits. Some of the problems with overweight dachshunds aren’t caused by overfeeding or the lack of exercise. Rather, your dog’s weight problems may just be the effect of an underlying illness, particularly those connected to metabolism. Visiting your vet can help determine whether this is indeed the problem. At the very least, visiting a vet regularly can give you plenty of much-needed information on how to help maintain your dog’s overall health. Related post: Common Dachshund Health Issues To Be Aware Of